Casio recently released a limited edition update on the first G-Shock ever, the DW-5000C (released in 1983). Now with a body made entirely of steel, the new GMW-B5000 nods to the heritage of that first-ever G-Shock while boasting a bevy of modern conveniences. The company has now released a new variant with a black resin strap. Just like its siblings with the metal bracelets, the watch features Bluetooth compatibility (for use with the G-Shock smartphone app), an automatic world timer, LED backlight, solar charging, and water resistant to 200m.
buy 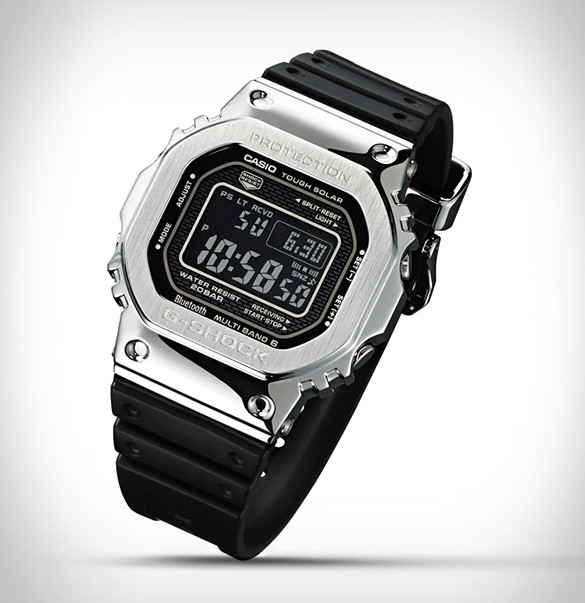 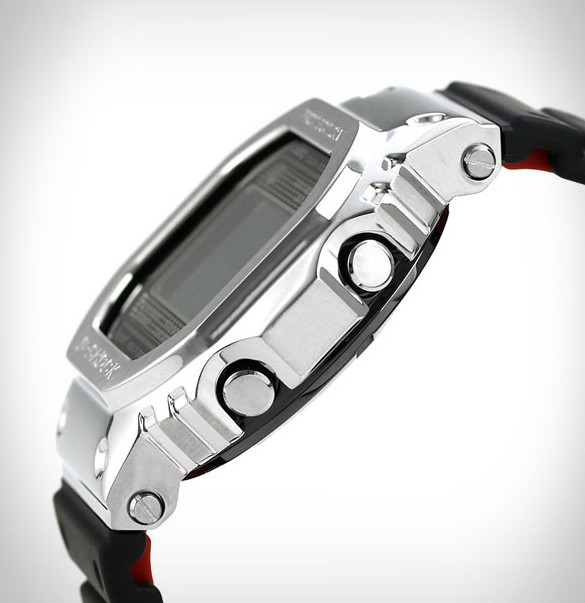 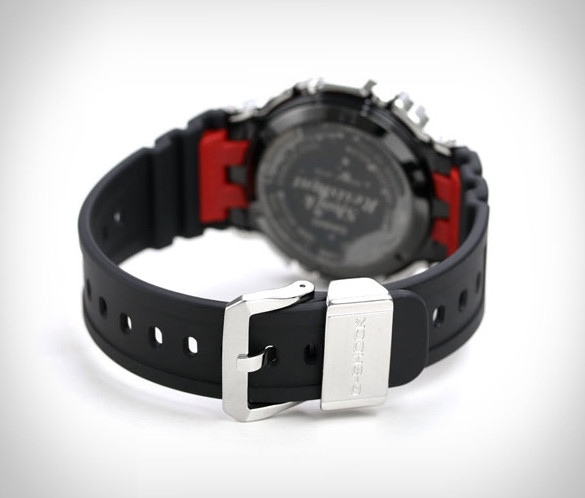 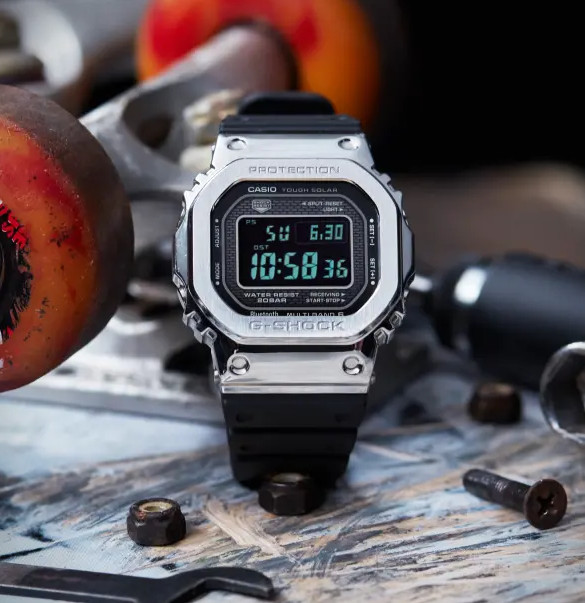